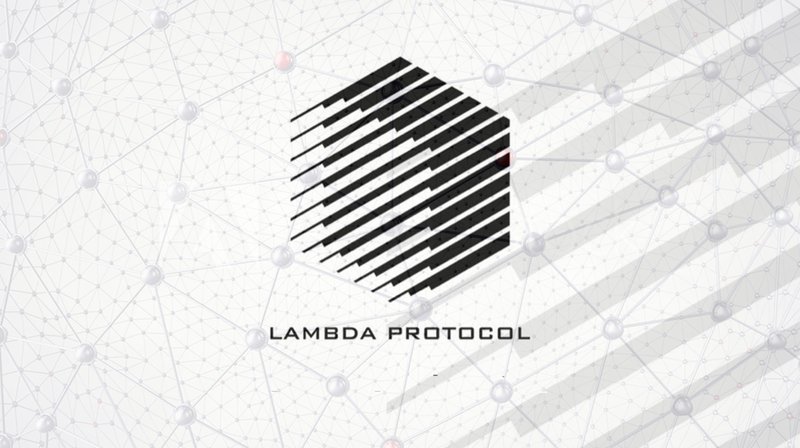 In an interview with Bitcoin Magazine, Zhang explained that there are two main problems when it comes to DApps: centralized access points and lack of interoperability between browsers and wallets.

Currently, most browsers for the decentralized web are centralized. For example, Google Chrome extensions and iOS applications allow users to access and interact with DApps on the Ethereum Network. These DApp browsers are controlled by private corporations, and they all share a common weakness: a single point of failure. They can easily be removed at a corporation’s discretion, no questions asked.

Zhang compared this single point of failure to a hypothetical in which a portal to search the entire web is hosted on a single website.

All it takes is for an ISP/Government to block one website, which defeats a core premise of decentralization.

All decentralized applications require a cryptocurrency wallet to function. Because of this restrictive prerequisite, desktop users must either integrate a wallet into a browser such as Chrome or Firefox by installing an add-on or create a new wallet by installing a new browser.

Users seeking to access DApps on mobile devices face greater limitations. Native iOS and Android apps do not support third-party browser/extension embedding, and popular mobile web browsers such as Chrome and Safari do not support add-ons.

The Lambda Protocol is an open-source internet protocol. “Our goal is to allow users to access the decentralized applications of the future in the browsers of today,” said Zhang.

To facilitate this access to DApps, the Lambda Protocol plans to develop a decentralized messaging layer. This messaging layer has the capability to connect browsers such as Chrome and Safari to cryptocurrency wallets such as Ledger Nano S, Trezor, imToken and Jaxx. By utilizing the Lambda Protocol, DApp developers can open their applications to the millions of devices and applications that users currently use.

Previously, it was impossible to access any DApps without downloading software that acts as a centralized point of access. But with the Lambda Protocol, users are offered a frictionless, decentralized entry point to the “Web 3.0.”

How the Lambda Protocol Works

“Developers utilizing the Lambda Protocol pay DAP tokens to request a user’s wallet to sign a transaction. Users sign transactions, which are then broadcast to the network. Relayers (users who facilitate the execution of a transaction) earn DAP tokens by broadcasting and generating a proof.”

The amount of DAP required for an individual transaction varies and is calculated dynamically. A staking and rate-limiting mechanism is employed to ensure developers are only charged for on-chain transactions.

The Lambda Protocol plans to launch its testnet in Q1 of 2018. 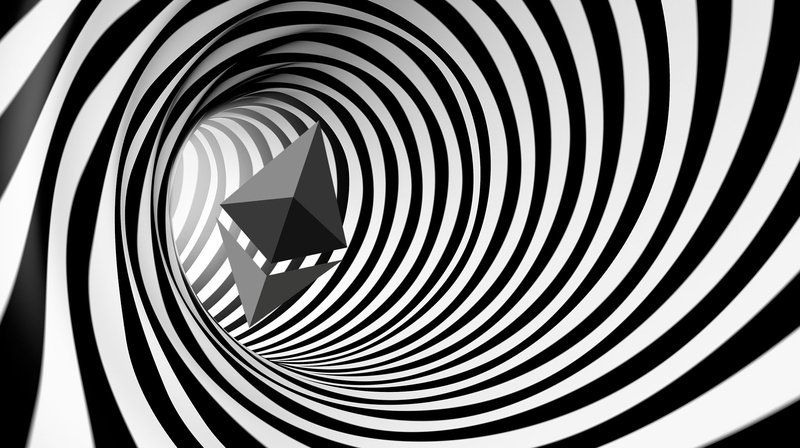 After an unidentified actor “accidentally” triggered a series of bugs that destroyed approximately $150 million worth of digital currency, the world waits for a substantive answer — is this vulnerability an anomaly? An “I told you so”? Or a humbling opportunity to secure the Ethereum network?

On November 6, “Devops199,” an alleged amateur programmer, set off a chain of bugs on Parity, a popular digital wallet for Ethereum. These bugs affected multisignature, or “multisig,” accounts — “wallets” that require multiple users to enter their keys before funds can be transferred. The place these wallets connect to is known as a “library” contract.

Among the victims of this bug are several recently successful ICOs that chose to store their funds in a Parity wallet because of its multisig option and compatibility with various hardware wallets.

On November 7, tweets on Parity’s official Twitter account acknowledged the vulnerability and confirmed that the funds affected are frozen and can’t be moved anywhere.

A day later, on November 8, Parity de-briefed the bug, explaining that it was indeed possible to turn the Parity Wallet Library contract into a regular multisig wallet and become the owner of it, which is exactly what Devops199 did. Parity now has a tool to check if a user/wallet has been affected by the vulnerability.

This isn’t the first time Parity has fallen victim to a security exploit. Parity’s multisignature contracts were previously the target of three thefts totalling 150,000 ether in July of 2017 (the second-largest hack after the DAO fiasco). And losses could have been exponentially higher. However, the “White Hat Group,” a collection of hackers and activists, was able to intervene and drain the majority of other wallets before they could be compromised as well.

“Future multi-sig wallets created in all versions of Parity Wallet have no known exploits.”

Jeff Coleman, an expert in blockchain technologies and currently a researcher and advisor with L4 Ventures, described Parity’s response to the July 19, 2017, attack as “worrying, to say the least.”

Coleman told Bitcoin Magazine that his primary concerns centered around Parity’s immediate response and its tendency to downplay the significance of the compromise, choosing instead to blame a large number of external causes:

“They blamed observers for not finding the bug before it was exploited; they blamed lack of incentivization for observers; and they blamed the Solidity language for not blocking access by default to the functions the [Parity team] failed to protect.”

He further noted that Parity seemed to be blaming the complexity of the well-audited wallet (which they still believed to be secure) from which they had originally modified their code. And also that Parity didn’t take responsibility for their own inadequate quality control and audit procedures.

Developers in the community are desperately trying to find a fix to the Parity predicament. Coleman believes that “from a technological perspective, there is nothing short of a hard fork [a non-backward-compatible change to the Ethereum protocol] to restore the destroyed funds.”

After the DAO hack in 2016, the Ethereum Foundation had already accepted a hard fork to restore lost funds, with the common understanding that this was a sort of “mulligan” — a one-time fix for a young, developing blockchain. This scenario, nevertheless, divided the Ethereum blockchain into two parts and created Ethereum Classic, the original Ethereum blockchain, backed by a community that vehemently opposes editing transaction history to restore lost funds.

Using hard forks as interventions to “correct” worst-case scenarios like this is highly controversial, especially since blockchains are meant to be immutable. So, it’s difficult to convince the Ethereum community to use a hard fork to rescue one team from a mistake. While many acknowledge sympathy for smaller accounts storing personal ETH, sentiment is not as sympathetic for the 300,000 ETH that belonged to the Polkadot Project, a Parity initiative.

Arseny Reutov, an application security researcher for blockchain security firm positive.com, affirmed this community sentiment, while acknowledging that hard forks can be solutions. However, he agrees that Ethereum cannot simply hard fork any time there is a problem on the network. He believes blockchains should expect “more and more high profile thefts and incidents,” and that the problem lies in the infant Ethereum platform itself — specifically, in the native Solidity programming language.

If a Hard Fork Isn’t the Answer, Then What Is?

Both Coleman and Reutov believe that the key to gaining the community support necessary to restore funds is to combine the Parity situation with similar situations in which funds have been lost due to various kinds of mistakes. Coleman referenced those detailed in EIP 156: “Reclaiming of ether in common classes of stuck accounts,” for example.

Coleman also pointed out that in any of these instances, it must be “completely unambiguous who the original owners of the assets were.” The necessary changes could then be made and packaged together in an “already planned hard fork, such as the upcoming Constantinople fork.”

Even so, restoring funds is problematic. Ethereum core developers must discern which mistake-affected funds will be returned to users. Will all funds be returned or only a select few — or will this be a ~500,000 ETH learning experience? 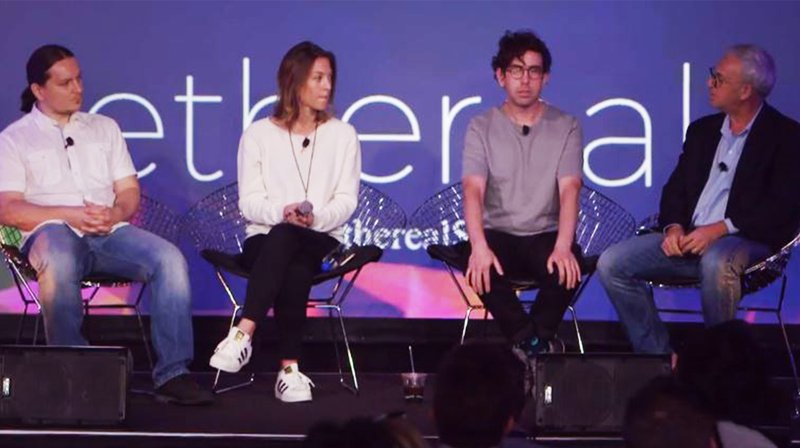 On October 27, 2017, disruptors in the cryptocurrency field gathered at the San Francisco Ethereal Summit. Sponsored by ConsenSys, the summit provided a diverse mix of panels and workshops that demystified the “initial coin offering” (ICO) or “token generation event.”

Side note: Vernacular is key. Referring to a token launch as an ICO is so “September.” The process is now referred to as a “token generation event.”

At the “How to Launch a Token” panel, token generation event veterans Galia Benartzi (co-founder of Bancor Protocol), Matt Liston (CSO at Gnosis) and Piotr Janiuk (co-founder and CTO of the Golem Project) guided Ethereal participants through a hypothetical: founding a hat company and funding the development through a token. Here are some of the key points that they discussed.

Step 1: Determine if the token model fits for the new company

Imagine the whole process backward: What layer does the company involve — application, platform or protocol? Design the decentralized concept first and then discern if a token is necessary.

Tokens work best when fueling network effects around ideas –– when there are benefits to being an early adapter/stakeholder.

Regulation in the cryptocurrency space is in its infancy and varies greatly around the world.

Although blockchains and cryptocurrency promise decentralized disruption to all industries, anarchy would be unfavorable to all. All companies must comply with the law.

Step 3:  Work on the prototype phase

Establish a white paper, set up the concept on the testnet and prove the concept.

Trust and transparency are paramount for any company that is considering funding its development with a token.

Step 4: Connect with the community

Generating interest for the token and setting the foundation for strong community support before finally launching a token generation event to the public is crucial.

Because token generation events allow for decentralized methods of funding, the company’s diligence process should be decentralized to match.

Tokens generation events are complicated and don’t work for every business type. However, they unlock a new economic driver: permissionless venture capital.

The post Launching a Cryptocurrency “Token Generation Event” (aka an ICO) appeared first on Bitcoin Magazine.