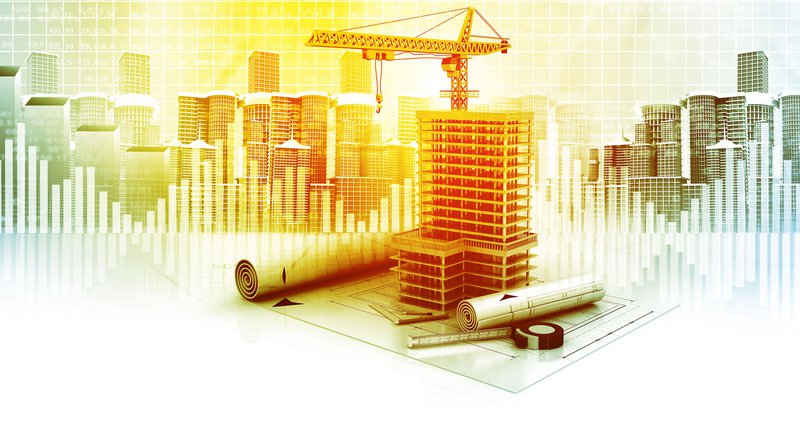 In its “Distributed Ledger Technology: Beyond Block Chain” report published in 2016, the U.K. Government Office for Science deemed the impact of blockchain and other distributed ledger technologies (DLTs) “probably as significant” as foundational events such as the creation of the Magna Carta and the steam engine.

In the real estate market, the introduction of blockchain technology will have a similarly significant impact, making transactions more transparent, more efficient and more accessible.

What Can the Blockchain Bring to the Real Estate Market?

Distributed ledger technologies would prove useful in almost all types of real estate activities, including money transfers, property registration and the conclusion of agreements.

Purchasing property using cryptocurrency and without intermediaries such as banks is already happening. For instance, in 2014, houses in Bali and Kansas, each over $500,000 in value, as well as a house in California ($1.6 million), were sold for bitcoins. In the near future, the blockchain would be used not only in terms of payment in cryptocurrency, but also for transferring conventional (fiat) money and national digital currencies issued by central banks.

Information on real estate, transactions, title registration, property encumbrances and their condition can be entered into distributed ledgers that are accessible online and through mobile apps. Several countries have already launched pilot projects to test such systems. For instance, Sweden has been evaluating the potential of using blockchain technology in managing its land registry since 2016.

Each property would have its own blockchain ID with all its technical characteristics specified. Among other things, this would make property appraisal easier and quicker, as each transaction currently requires correspondent documents to be ordered anew and these Bureau of Technical Inventory (BTI) certificates are not always trustworthy. It is also likely for that there will be portals and MLS databases with properties that have blockchain IDs.

Smart contracts are transactions and other agreements concluded entirely digitally whose execution (i.e. transfer of ownership) is guaranteed by computer protocols with no human involvement. The same protocols automatically check the transaction possibility and legitimacy; they will not allow the agreement to be concluded if its terms do not meet established standards.

The idea of smart contracts dates back to the 1990s, but blockchain and similar technologies can make smart contracts safer and more reliable. Property sales and rental transactions can be realized through such contracts. In September 2016, Deloitte announced the launch of a pilot project for registering rental transactions via the blockchain in association with the City of Rotterdam and the Cambridge Innovation Center.

Escrow accounts are often used in buying and leasing real estate. For instance many landlords in the United States require their tenants to place a rental deposit in an escrow account, from which the money cannot be withdrawn without the landlord’s permission.

Today, escrow accounts are primarily held by notaries and banks, but distributed ledgers can change the situation. For instance, buyers can place their money in a blockchain escrow account. After commissioning the new build and the buyer getting the right of ownership, the money would automatically be released to the developer via a smart contract.

Owners of flats in apartment buildings often make decisions affecting shared infrastructure, such as major repairs or works on common areas, by voting. Distributed ledger technologies would guarantee reliable remote voting and give owners the certainty that their votes have been registered correctly. The blockchain would also prove useful in other situations, such as when real estate decisions are made by voting, for instance, in unitholder or stockholder voting.

With the adoption of the blockchain and other distributed ledger technologies, real estate activities would become easier, quicker and cheaper. The market would also be rid of unnecessary intermediaries, becoming safer, more transparent and, consequently, more liquid.

According to British bank Barclays, the world’s first trade using blockchain technology took place in September 2016, when Barclays, Israeli startup Wave and Irish dairy producer Ornua carried out a $100,000 letter of credit transaction as collateral for exporting a parcel of Ornua cheese and butter to the Seychelles Trading Company. The transaction was completed in less than four hours instead of the 7 to 10 days it usually takes because of long document processing times.

Instead of weeks and months, the time needed for paperwork to close real estate transactions would be reduced to hours or even minutes. Cross-border fund transfers and conversions would be quicker and cheaper, and technical operating costs related to the transfer of ownership would be reduced. Transactions would also become cheaper. For instance, there would be no need to pay a notary or transaction registration fee, which now account for 1 percent to 2 percent of the property price.

To falsify an existing distributed ledger entry, one would need to hack every computer on which a copy of the ledger is stored, and this number can be enormous (e.g. the number of bitcoin users is estimated at several million). The entries cannot be deleted or modified post factum, which significantly reduces the opportunities for fraud and embezzlement.

Using open blockchain-based ledgers, sellers and buyers would gain customisable access to all documents related to a transaction and be able to check the accuracy and authenticity of every one of them. This increase in transparency and liquidity would make real estate a more liquid investment vehicle and may lead to a stronger capital inflow.

Smart contracts may also stimulate the development of collective investments as they provide almost infinite opportunities for structuring property and investment project rights, which enable the construction of different crowdfunding formats. In addition, the active development of collective cross-border investments would be strengthened by voting mechanisms using blockchain-based identification, the reduction of capital structuring and transaction costs and the absence of governmental restrictions on the withdrawal of funds.

For example, Tranio is working on a crowdfunding project that will enable crypto capital owners to enter into club transactions along with conventional clients. Private investors will be able to realise the strategies of capital maintenance and earning on real estate, avoiding banks and their commissions by using the blockchain to conclude agreements, transfer money and, consequently, receive higher incomes.

Problems With the Blockchain and Digital Currencies

The distributed ledger industry is still at the start of its development, and its implementation in the real estate market is still problematic.

The capabilities of the technology are ahead of governmental regulation, and no legal framework has yet been created to regulate the implementation of blockchain technology. Many advantages of distributed ledgers will only be able to materialize as soon as there is such a framework in place allowing for the defense of smart contracts and other blockchain operations in court.

The commissions charged on transferring to Mastercard or Visa range between 0.5 percent and 5 percent. This issue is likely to be resolved over time. However, this is likely to shrink over time. Several startups are already claiming they will be able to reduce the commission to zero.

Crypto-capital owners are likely to be subject to standard, source of funds verification procedures, which are technically difficult to accomplish today. Banks, obliged to check the origin of funds by law, are not ready to work with cryptocurrency owners yet.

In the case of collective investments, the absence of bank regulation and compliance potentially allows developers and any fund recipients to collect money at a lower cost and not to be bound by obligations. However, this presents risks, in particular, dishonest developers.

The high volatility of cryptocurrencies would restrain investment in the real estate market for some time: development projects in good locations yield about 15 percent per annum (and rental projects yield even less — about 5 percent on average), while Bitcoin exchange rates surge by 100 to 200 percent over small periods of time.

At the same time, the constant growth leads to cryptocurrencies losing their stability, an important payment instrument characteristic. They begin to look something like stocks of a rapidly growing company. Few might want to sell stocks that rise in price today if tomorrow they are likely to rise even more.

However, in my opinion, some people earning on cryptocurrencies would soon want to partly invest their capital in a simpler, more real and reliable vehicle: real estate. This is the nature of human psychology. Those people who earn on growing markets want to invest some part of their money in more stable assets and vice versa.

According to forecasts by consulting company Accenture, in 2018–2024, the blockchain will span many different types of assets, and by 2025 it will be a mass phenomenon and an indispensable part of global capital flows.

“It is already clear that, within this revolution, the advent of distributed ledger technologies is starting to disrupt many of the existing ways of doing business”, the company said in its report for the UK Government Office for Science.

This advent will surely result in positive transformations not only in the real estate market but in all sectors of the economy.

The post Op Ed: How the Blockchain and Distributed Ledgers Will Transform the Real Estate Market appeared first on Bitcoin Magazine.