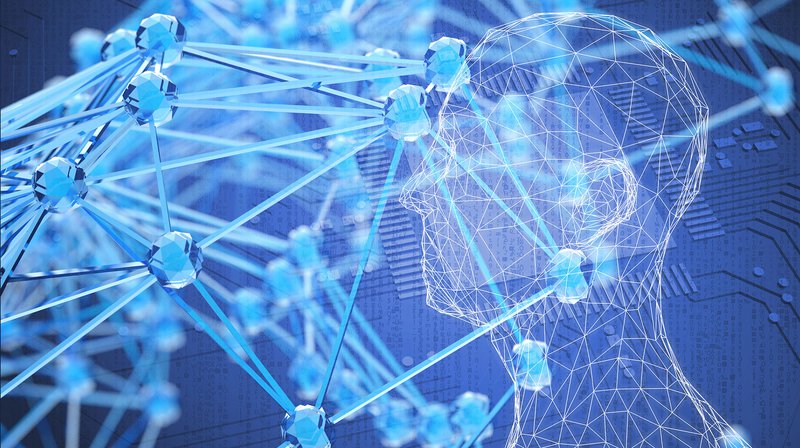 I was yanked down the rabbit hole hard and fast when I first caught the Bitcoin Bug in late 2013. Before I even knew what a “blockchain” was I had founded what is now known as the Blockchain Education Network (then called the College Cryptocurrency Network), and was voraciously trading “altcoins.”

Back then, the term “altcoin,” which was used to describe any cryptocurrency besides Bitcoin, felt quite suitable. Most of those altcoins, including the most popular still in existence today, such as Litecoin and Dogecoin, were forks of Bitcoin’s code and were merely alternative “coins” with different rules or hashing algorithms. Watching these strange new financial vehicles violently fluctuate in value was both addictive and impossible to resist trading into. While I was slow to inoculate myself against that masochistic urge, I was quick to realize that few of these protocol tokens (that is, crypto-assets that incentivize validators, such as miners or stakers, to secure a blockchain) provided much value beyond Bitcoin’s own use case. Admittedly, I am shocked that many of these tokens still exist today.

On the other hand, as the blockchain ecosystem began to evolve, more novel iterations of Satoshi Nakamoto’s revolutionary financial tool began to appear. The rise of Ethereum, BitShares, MaidSafe and Omni, amongst others, represented a paradigm shift that went far beyond decentralized digital currency. Soon enough, I dropped out of school to focus on this industry full-time, and ended up cofounding Augur, a decentralized prediction market platform.

When we first designed Augur, we wrote a white paper that outlined how to build a prediction market platform using Bitcoin’s source code — sort of like an altcoin. However, Bitcoin’s UTXO model did not jibe well with the sort versatility required for such a complication decentralized application. Soon after we published our white paper, despite the promise of Blockstream’s recently released sidechains proposal, our advisor and Ethereum Founder Vitalik Buterin convinced us to build Augur on his yet-to-be-launched smart contract–enabled blockchain. In hindsight, deciding to build Augur on top of what was then referred to as “vaporware” was a decision a more seasoned entrepreneur would have determined to be … “batshit insane.” But, the potential of the platform was too great, so we felt as if we had no other option.

Soon after deciding to build atop Ethereum, we began to realize that there was no way to create a decentralized oracle solution (i.e., a means to determine the outcome of markets without a centralized arbiter) unless we issued our own token. I went to game theorists, computer scientists and anybody else I could get to listen, to see if there was an alternative and whether it even made sense to do this. After much consultation and internal debate, we came to the decision to build an unstoppable betting engine that predicted the future, with no central point of failure (such as those that exist in a platform such as Gnosis), with a native token used by “reporters” around the world, to assert the outcome of events, was our only option. Thus Augur’s native asset, Reputation, known as REP, was born.

2014 was winding to a close as we came to these conclusions, and the thought of performing a crowdsale was terrifying. (We would, for a short time, eradicate the term “ICO.”) Most conversations about Ethereum and recent token sales would lead to speculation about when regulatory authorities, namely the SEC, would bring down the hammer on token issuers.

With no other option, however, I hit the books and started reading about all sorts of securities laws and case law, in addition to prediction market and gambling regulations. I quickly earned the nickname “JG Esquire” within Augur, and spent much of early 2015 working with our legal team and advisors to find a compliant structure for the REP token sale. By the time our sale came about in late summer 2015, all involved parties had a fairly high degree of confidence that we had developed a token and offering that would not fall afoul of regulations.

While our sale raised over $5 million and was quite a success for the time, shortly after the Augur sale ended bitcoin and ether prices began to stagnate. Both the confidence and companies created during the first boom began to falter. In my mind, Augur was a ripple in the current before a tidal wave of new financial instruments to come, but it was unclear whether I was right and there was considerable coding remaining for the project.

With time before Augur’s launch, I joined Blockchain Capital as an entrepreneur-in-residence. I became an advocate for tokens backing legitimate networks and spoke about the matter frequently. However, it still took quite a while for the token economy to sprout. Then out of the blue in late 2016, ether began to rally in price, and token offerings, more popularly referred to as Initial Coin Offerings (ICOs), started popping up out of the blue, often raising millions in a matter of days, or even minutes.

This new trend was alarming to me, though in hindsight I suppose it shouldn’t have been. Ethereum, with its ERC-20 protocol, which allows the straightforward development of crypto-tokens on top of its blockchain, made the urge to create new assets irresistible. Instead of requiring developers to create entirely new blockchains and protocol tokens, which had to be secured by miners or stakers (a costly, challenging undertaking), a team could create a new token that was backed by the security of Ethereum’s blockchain in a matter of hours.

For the following few months into the new year I watched these developments from the sideline. It was apparent the biggest crypto-asset rally since 2013 had begun in earnest. I had sizable investments in ETH, BTC, XRP and, of course, REP. I couldn’t believe that this bull run and new trend of ICOs could be sustained. Not, at least, without the return of serious outside interest in the crypto-realm.

And then, of course, it started to come. Hedge funds, banks and consumers, many of whom had already begun professing their love of “blockchain technology” (albeit not Bitcoin), started funneling money into crypto-tokens new and old. Around this time, my friend Olaf Carlson-Wee, the first employee at Coinbase, announced that he would be investing in these strange financial instruments through a new type of hedge fund, Polychain Capital.

As I was busy working as a venture capitalist investing in traditional companies at Blockchain Capital, Olaf’s new fund was a means for me to gain exposure to this crazy new trend without falling into the crypto-asset rabbit hole as I had back in college. I quickly signed on as both a General and Limited Partner, and sent Polychain my first (but not last) wire.

For most of early 2016, I was content to let Olaf (and his new partner, the talented Ryan Zurrer) review and manage any new ICOs I was sent. But the trend maintained. It appeared this new generation of crypto-assets was more than a massive pump-and-dump. In fact, my firm began to explore tokens much more seriously. Though it had often been teased that it was only a matter of time before I went to jail for Augur, there was an evolution in our thought process surrounding tokens and their corresponding offerings. Soon enough, we became convinced that Blockchain Capital should offer its own token, BCAPs, in order to provide a new sort of venture fund.

This decision would lead us to reevaluate the traditional scope of our investments mandate. Crypto-tokens, as I had long argued, could be revolutionary (or, at least, useful) financial instruments, and it would be foolish throwing out the crypto-asset babies with the altcoin bathwater.

Projects such as 0x, Maker, Golem and Filecoin demonstrated how much alternative crypto-tokens had evolved since the dodgy days of Doge and Darkcoin. Because of this evolution, I officially decided to take the plunge and deep-dive down the token rabbit hole once again with Blockchain Capital. In addition to my roles investing and as an entrepreneur-in-residence, I will be focusing considerable energy on the new token economy, evaluating new ICOs for the firm.

It is impossible for a firm such as Blockchain Capital, the earliest venture fund to state its commitment to this novel economy outside of Bitcoin, not to participate in this remarkable new chapter of the blockchain revolution. New platforms, such as AngelList’s Coinlist, will standardize and add further legitimacy to such offerings.

I am still extraordinarily skeptical of most ICOs and tokens in general, but I am more excited than ever about blockchain technology and all the ways it is bound to disrupt ingrained, outdated institutions. If decentralized applications and crypto-assets are the harbinger of such change, then I am on board.

It’s going to be a rocky road, and there will surely be corrections (if not dramatic drops), but I can’t say I haven’t seen it before. I look forward to sifting through the white papers, ponzis and pumps sure to fill my inbox in the coming months in order to find the game-changing diamonds in the rough. It’s going to be a wild ride. So buckle up, bring a barf bag and watch as the Crypto Rodeo brings out the bulls and bears.

This op-ed is a guest post by Jeremy Gardner. The views expressed are his own and do not necessarily represent those of Bitcoin Magazine.

The post Op Ed: How One Investor Is Riding the Cryptocurrency Token Wave appeared first on Bitcoin Magazine.

As the new year approaches, many aspiring entrepreneurs may consider taking a leap into the world of Bitcoin, blockchains and distributed…

DAO: a distributed, autonomous corporation. (A backgrounder can be found here.) Just more than a year ago, as I was completing work…