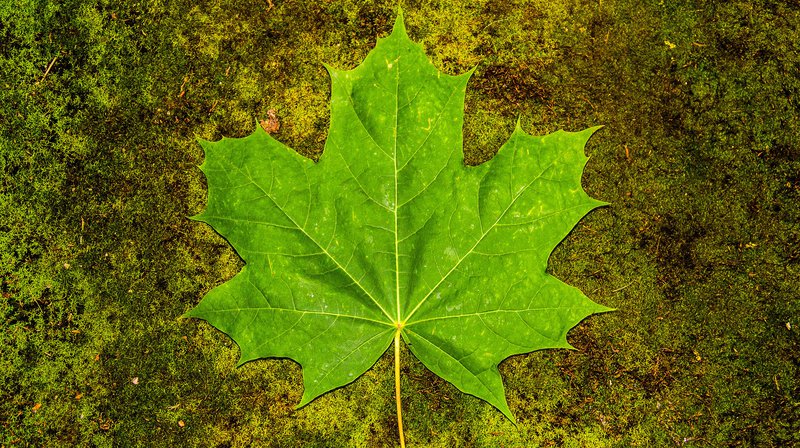 Canada’s securities regulators are paying attention to ICOs. Last week they released a guidance document that explains their approach to token sales/ICOs/ITOs/crowdsales, officially titled “CSA Staff Notice 46-307: Cryptocurrency Offerings.” Here is what this notice means and what it doesn’t mean.

In the press release that accompanied the Staff Notice, Louis Morisset, the chair of the Canadian Securities Administrators (CSA) and the head of the Quebec securities regulator, is quoted as saying: “The technology behind cryptocurrency offerings has the potential to generate new capital-raising opportunities for businesses and we welcome this type of innovation …” The press release recommends the Staff Notice to anyone “… planning to raise capital through an ICO or ITO, or that is seeking to establish a cryptocurrency investment fund.”

The global legal backdrop to Staff Notice 46-307 is increased regulatory scrutiny of token offerings, including the U.S. Securities Exchange Commission report on “The DAO” issued last month and the Monetary Authority of Singapore’s issuance of a regulatory position.

The Staff Notice is interesting but it is not a legal change. It does not create any new rules in Canada but it does provide some clarity for anyone seeking to understand how Canadian securities law applies to token sales.

Here are ten key takeaways from the CSA Staff Notice:

1. Regulators will treat each token using a case-by-case approach

A widespread fear in the blockchain industry is that regulators will somehow “shut down” token sales. The Staff Notice assuages that fear:

“Every ICO/ITO is unique and must be assessed on its own characteristics. For example, if an individual purchases coins/tokens that allow him/her to play video games on a platform, it is possible that securities may not be involved. However, if an individual purchases coins/tokens whose value is tied to the future profits or success of a business, these will likely be considered securities.”

This is a great paragraph to see. The regulators are communicating what any lawyer working in this area would have confirmed for a client: Some tokens are securities and some aren’t. This means that the regulators aren’t interested in a knee-jerk response that paints all token sales with the same broad brush.

2. Substance will trump form when it comes to ICOs

A security is not a security because of the words used but because of what it is. The Staff Notice includes a warning to this effect:

An illegal securities offering can’t be dressed up to make it a legal product. A high-level staffer in the Ontario Securities Commission was quoted in the Globe and Mail on the same day that the Staff Notice was issued: “So what we’re trying to do is raise awareness that just because you’ve called something a coin or token doesn’t mean it’s now a loophole and you can go and promise your investors great returns, not provide any sort of documentation and not ensure what you’re selling to them is actually suitable for them.”

3. The CSA thinks many ICOs are securities offerings aimed at retail investors

Products are purchased. Capital is invested. When a store sells a good, they don’t consider that sale to be “investment.” Yet the world of ICOs is filled with references to token investors rather than token buyers. Many people speak of “raising capital” when they sell a token, while resisting the characterization of that transaction as the sale of securities. As the Staff Notice points out:

“ICOs/ITOs are generally used by start-up businesses to raise capital from investors through the internet. These investors are often retail investors.”

Many ICOs are being done in order to “raise capital,” rather than to create revenue through the sale of products, and the securities regulators have taken notice. The reference to “retail investors” acknowledges that most of the activity is taking place at the individual level rather than through institutional, large corporate or fund investments. This paragraph indicates that the CSA may view most ICOs/ITOs as securities offerings.

4. The existing legal framework for securities will be applied: Pacific Coin

A critical case in Canadian securities law is the 1978 Supreme Court decision of Pacific Coast Coin Exchange v. Ontario Securities Commission. This is the leading case on what a “security” is in Canada and it’s explicitly mentioned in the Staff Notice. The case lays out the following test:

“1. An investment of money 2. In a common enterprise 3. With the expectation of profit 4. To come significantly from the efforts of others.”

This test is similar to the Howey test in the United States. Note that this isn’t a “test” in the way that most people would understand that word. A legal test is a framework for decision-making that requires understanding the facts, circumstances and recent cases. Consultation with a lawyer will be necessary in order to understand how this test applies to any given situation — and even then it may not be clear.

Essentially, this section of the Staff Notice shows that they’re not planning a unique approach to ICOs. Token sales will be integrated into the existing legal rules for securities.

If a token is a security, that doesn’t necessarily mean that it can’t be sold. It does mean that if it’s sold there will be many rules to follow. The CSA helpfully explains the system in Canada for selling token-securities at a high-level:

The above section is followed by a note that “white papers” are not sufficient disclosure to meet Canadian securities rules.

6. There are can be civil as well as regulatory consequences for non-compliance

What happens if Canadian securities rules aren’t followed? The CSA reminds people that beyond regulatory penalties there may be civil penalties:

“It should also be noted that investors may also have civil remedies against persons or companies that fail to comply with securities laws, including a right to withdraw from the transaction and/or damages for losses on the grounds that such transactions were conducted in breach of securities laws.”

The above warning applies to securities-related penalties/remedies. There may also be other civil causes of action generated by an improper sale. Canadian law has many opportunities for buyers to sue sellers for tricking them or not properly explaining what they were selling.

7. Cryptocurrency investment funds ought to follow the rules for funds too

One of the explicit audiences for the Staff Notice is people running or considering running cryptocurrency investment funds. Pages 5-6 have excellent information on what the legal compliance steps are for properly running a crypto fund in Canada.

8. Some token sales are securities offerings, and some token-securities are also derivatives

Securities can also be derivatives and there may be additional rules that apply. The CSA notes that there might be two sets of rules to follow:

“We note that these products may also be derivatives and subject to the derivatives laws adopted by the Canadian securities regulatory authorities, including trade reporting rules.”

9. Resale restrictions need to be considered for tokens that are securities

There is a paragraph in the Staff Notice that could be easily overlooked but contains a very useful tip for anyone designing token systems:

This paragraph is a challenge to lawyers who are working on ICOs that are or may be securities. They will have to consider how the rules that apply to securities will be enforced by the system being deployed. How will resale restrictions imposed by securities laws be reflected in the technical system? Will we end up with a new ERC standard for regulated tokens that don’t permit transfer? Or that locks the token for a period of time? A token that doesn’t include the legal rules in its technical rules could end up creating legal trouble for the proponents.

10. The regulatory focus has shifted from crypto investment risks to tokens as securities

In 2014, the securities regulators (specifically, the Ontario Securities Commission) viewed digital currencies through the lens of transactions and speculation:

“Virtual (or digital) currencies like Bitcoin are being used as a type of money and offer a novel way to make purchases and transact business online. However, it remains unclear what virtual currency truly represents. Is it actually money? An investment? Something else? This is still a largely uncharted and unsupervised area, and no protections are likely available to you if you become involved with virtual currency and something goes wrong.”

The Staff Notice is a shift in thinking, away from the “buyer beware” stance that they held before and a recognition that blockchain development is rapidly moving beyond payments and into many other areas of the economy.

This is a guest post by Addison Cameron-Huff, a Canadian blockchain technology lawyer. The views expressed are his own and do not necessarily reflect those of Bitcoin Magazine. This article is for informational purposes only and should not be construed as legal advice. As always, consult with a legal professional before undertaking any activities described.

The post Op Ed: Planning an ICO in Canada? Here are 10 Regulatory Points to Ponder appeared first on Bitcoin Magazine.