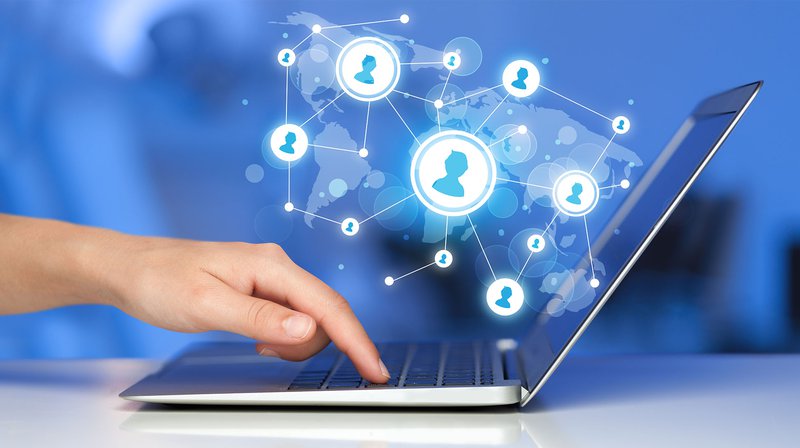 The way we consume media content has been on a continual overhaul for the past two decades. Every aspect of media distribution has become more streamlined from the razor-thin devices we use to consume media to the manner in which we purchase and store our coveted content. Books, music and movies have all seen their physical bodies and storage locations dissolve, to be replaced with on-demand downloads and digital copies.

The digital content revolution has done a lot for increasing access and visibility for artists and authors, but the current publishing giants have failed to adequately adjust to the times in a few crucial areas. While it’s true that platforms such as YouTube and Medium have granted publishing access to the greater public and eliminated gatekeeping middlemen like talent agents and PR people, the current digital content sharing platforms have built their empires on the skeletons of the publishing giants’ templates that existed before and, unfortunately, have continued operating in ways that fundamentally undermine the artistic control and profits of their contributors.

YouTube, for example, recently announced they will not allow users to earn any money until they reach 10 thousand views. Medium was recently very candid about the moral dilemmas and growing pains they have faced while trying to balance the selling of advertising space as well as respecting their contributing authors and readership. And it’s no secret that Amazon and iTunes take a chunk out of authors’ and artists’ earnings, with iTunes currently pocketing 30 percent of its artists’ profits and Amazon taking a hefty 30–75 percent.

Though it’s easy to be critical, I am more interested in looking for a viable alternative to disrupt the existing system. This will require harnessing the decentralizing nature of emerging blockchain content distribution technologies. Here’s why:

Blockchain could be the solution to making micropayments a reality.

As media consumption has gone digital, a cost-effective way to charge per article or per song has been a limiting factor. Many platforms and publications have opted for subscription-based charging as high transaction costs make pay-per-use charging impossible. Amazon, for example, passes on its internal transaction costs to their clients, which currently equal 2.9 percent of the total transaction as well as a flat fee of 0.30 cents for every transaction.

The pricey transactions make processing small charges inefficient and not cost-effective, which has led many experts, such as editor of TechCrunch John Biggs, to predict that the future of digital publishing will depend on the adoption of micropayments.

Blockchain technologies allow for an incredible number of transactions to be processed at a low cost. Decentralized blockchain systems distribute the collective payment history across the entire network and don’t favor any single “auditor.” The network is maintained by all blockchain nodes as a whole.

In fact, a newspaper in Winnipeg, Canada, has already begun to use a micropayment system to charge per article for its news content and projects earning over $100,000 in digital revenue.

Blockchain could tilt the balance of power towards individuals, not publishing powerhouses.

As mentioned previously, YouTube and Medium have dramatically increased content creators’ access to audiences and established a more democratic, popularity-based promotional scheme. Unfortunately, they are both still centralized content distribution entities that can make arbitrary and unilateral decisions. YouTube and Medium both have the right to remove comments, content or entire channels or profiles without leaving a trace.

In contrast, a blockchain content distribution platform preserves an unchangeable record of all actions. The record produced by blockchain systems creates an environment of total transparency for both content creators and media consumers, and it also ensures that all views, comments and ratings reflect the real interactions the content has experienced, leaving no room for subjective, inflated ratings or deleted bad reviews.

With nothing deleted, content producers can create and post with the security that their work and reputation will remain intact, trolls can’t hide their past bad behavior and can easily be spotted via their comment history, and all content fairly reflects its actual popularity.

Today, freelancers, authors and artists working with publishing platforms are accustomed to waiting multiple months to receive payment for their work. For big-name artists, this is just part of the business. But for smaller artists, it can be difficult to wait for reimbursement without any idea of how much they will eventually be paid. The financial uncertainty, prolonged waiting periods and lack of payment transparency in current digital content media sharing platforms could be discouraging potential artists and authors from seeing content creation as a viable source of income. Instead, the system encourages content creators to seek payment, not for the quality of their content, but through product sponsorships, PR and ad-focused content.

With blockchain-based content distribution, content creators can be paid within seconds of a consumer paying for a download. Consumers would also know their purchase was directly supporting the content creators they enjoy and effectively cut out the publishing middlemen eating up the content producer’s profits.

Though blockchain technology may, at times, sound a bit hard to conceptualize, digital media distribution really shouldn’t be rocket science. While the zeros and ones behind publishing platforms get more complex, the process for content creators and consumers has simplified and should continue to do so.

The bottom line is content creators who make good quality content that people are willing to pay for deserve a simple and transparent digital media sharing platform that fairly compensates them according to the consumer demand for their work. Media consumers equally deserve the ability to directly support the content creators they enjoy. And blockchain technologies may be the disruptive technology that digital media content distribution needs.

This is a guest post by Matej Michalko, founder and CEO of DECENT. The opinions expressed are his own and do not necessarily reflect those of BTC Media or Bitcoin Magazine.